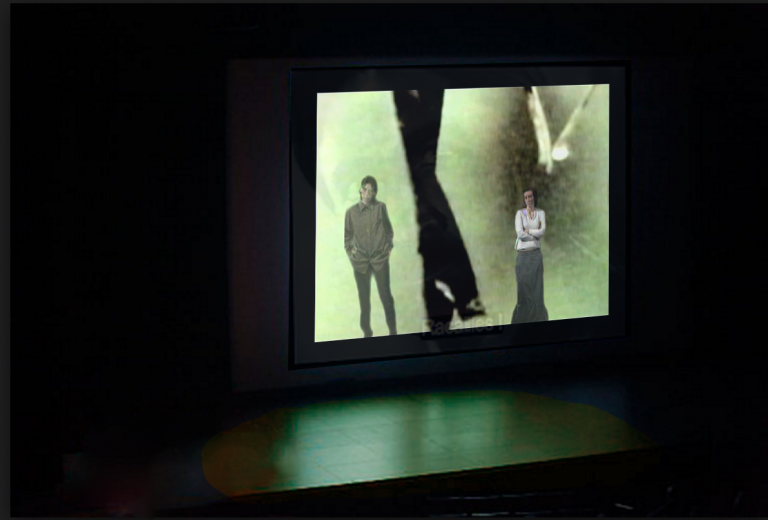 In this video, a character plays both a boy and a girl. Whispers, in voiceover, express the introspection of this character that the constraints and possibilities of the image open to a space and a form of thought from the outside. The passage from one plane to another symbolizes changes in the character’s point of view that the story nurtures and attempts to dig into order to produce a fictitious unit of indecisive relationships.